What is the A to Z project? This is a US Forest Service project that is very unique. It's located on the Colville National Forest in Northeast Washington State. 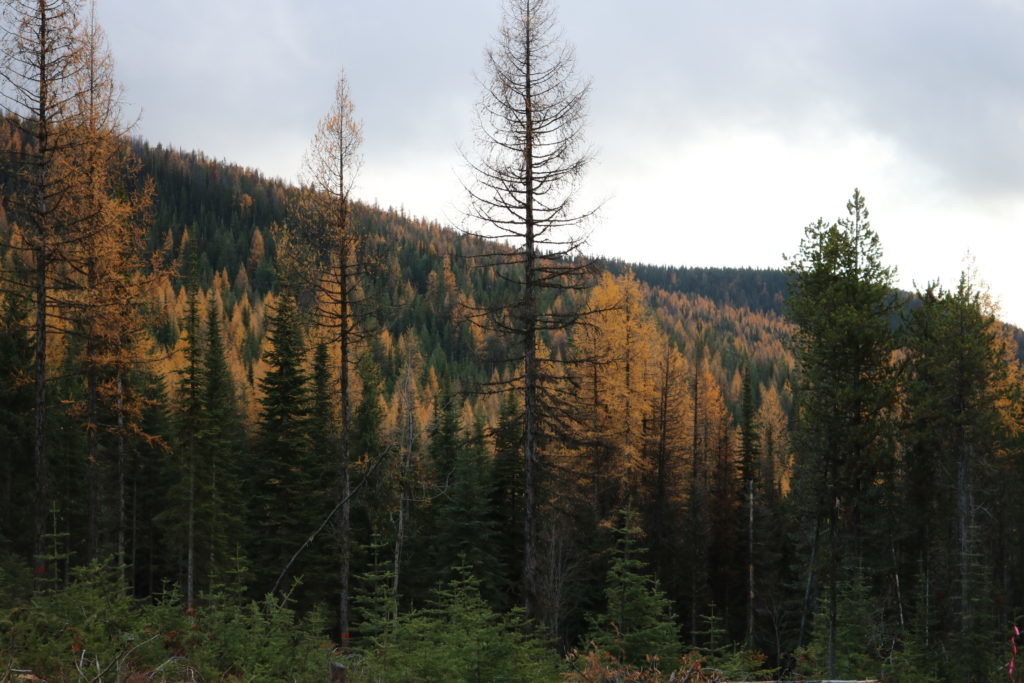 What makes A to Z Unique?

This project is a forest restoration project that is approximately 54,000 acres of forest land in NE Washington. Most projects on federal land are sold after the Forest Service has conducted the necessary environmental analysis as part of the National Environmental Policy Act (NEPA). This process can take many years to complete for a variety of reasons. In this case the Forest Service sold the project prior to completing the NEPA process. Hence the name, A to Z.

Vaagen Bros Lumber, Inc. based in Colville, WA has been a long time participant and supporter of collaboration. The company was a founding member of the Northeast Washington Forestry Coalition (NEWFC). Many employees and company leadership have participated in this collaborative effort since 2002 when NEWFC began.

It wasn't long before the collaborative group was ready to take on more projects than the Forest Service could complete. The bureaucracy was so cumbersome that the agency couldn't complete the NEPA work fast enough to meet the needs of the forest or the desires of NEWFC. There had to be a better way.

Hearing over and over again from the Forest Service that they didn't have enough money or personnel, the collaborative group was looking for new ways to get more done. An idea was hatched to see if the projects could be sold earlier in the process and include the NEPA work essentially as service work. Once the legal precedent was confirmed that if could be done, the pressure was on. A team from Region 6 based in Portland, Oregon was put together to develop a Request for Proposal (RFP).

Once the RFP was created and released, Vaagen Bros Lumber went to work figuring out how they could conduct the NEPA process by hiring a qualified third party contractor and then estimate the cost. They needed to do all this with the risk of legal challenges. The collaborative support provided the confidence to move forward.

Once the contract was awarded Vaagen quickly mobilized a team to start work on the NEPA. Once that started, Vaagen had to relinquish oversight to the Forest Service. Vaagen was permitted to communicate with the NEPA contractor, but only with the Forest Service included in discussions. This was important to show that there were no improprieties. It was a bit clunky at times, but it worked.

Collaboration on A to Z helping create prescriptions[/caption]At this same time the forestry coalition was working directly with the NEPA contractor to ensure that the project met social and ecological acceptance. This took months of negotiations, discussions, collaboration, and on the ground tours.

In the end the project was completed faster than the Forest Service process, but even more importantly it reflected the desires of the community. NEWFC did it's very best to provide concerns clearly so any problem areas were either avoided or planned for accordingly.

Near the end of the public comment period, the contractor and the Forest Service received comments from a Montana group called the Alliance for the Wild Rockies (AWR). The group shared concerns for both they way the contract was awarded and unfounded concerns of damage to old growth portions of the forest.

Once the comment and objection process was complete, AWR filed a lawsuit against the project. AWR had not expressed any desire to participate in collaborative discussions or even engage the group with questions or concerns. In fact, they turned down an invitation to meet with the group and the Forest Service to discuss their grievances.

This lawsuit came in just as the project was getting underway. AWR tried to get the project stopped, but the judge said no. The judge weighed the evidence and saw that AWR made no attempt to reach out to the group or the Forest Service, because of this there was no need to halt the project before the court could review the entire legal request.

In the mean time, the project kept going. Forests were thinned in accordance with the prescriptions developed by NEWFC. Since then AWR has appealed twice. The most recent was June 13, 2017. The video above talks about the importance of this case and the implications for collaboratives. This could change the way we manage federal lands in a big way.

Groups that choose not to engage in the collaborative process or ignore the work that has gone into collaborative projects will not be allowed to stop them without significant cause. This isn't to prevent public involvement, but to encourage involvement at a more appropriate time in the process. In this case, AWR did not engage while the project collaboration work was taking place. If they had real concerns for habitat or other issues the group would have been more than receptive to gainfully looking into those concerns.

This is an example of how things were done in the past. We need new solutions for a new future and that starts with honoring the collaborative process that has been so effective in Northeast Washington's National Forests.